Location: Downtown Disney
Cuisine: American
Experience: Themed dining. A showy, loud, lively, impressively-themed prehistoric wonderland. And did I mention it was loud?
Our rating: If you're into dinosaurs, it's worth a shot. Otherwise, it's pretty much the same as Rainforest Cafe. 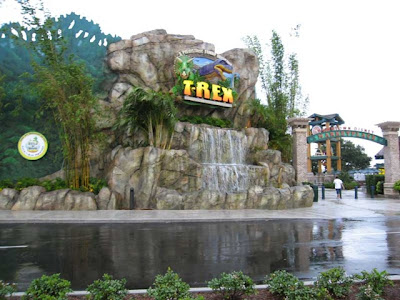 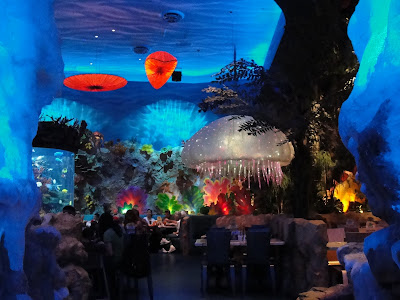 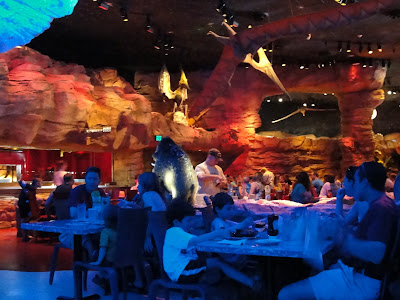 If you’ve ever visited a Rainforest Cafe, T-Rex Cafe is pretty much the same except with dinosaurs. There are enormous aquariums with live tropical fish, a shimmering starry sky ceiling, waterfalls, flowers and trees, light shows, and various themed rooms (we ate in the Ice Age Dining Room, with ethereal blue lights and giant ice cycles hanging from the ceiling). Animatronic dinosaurs come alive every so often, lights flash, and volcanoes roar. It really is a show, and it’s a very cool place. Kids especially will  love it.
The food is what you’d expect. I always seem to order a hamburger at places like these, and I’ll be honest and say they’re always really good. You’ll find your typical American fare here – something for everyone. There’s nothing out of the ordinary and nothing really special about the menu, but overall it’s tasty. I think this is one of those places that everyone should give a try, if anything for the entertainment value.

Email ThisBlogThis!Share to TwitterShare to FacebookShare to Pinterest
Labels: All restaurants, T-Rex Cafe