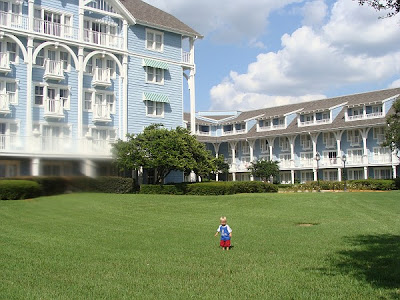 We didn’t even know the Disney Boardwalk existed. My husband read about it before our honeymoon, so we gave it a try.
To avoid confusion, I should probably mention that the Boardwalk is both a resort and entertainment district. There is the Disney Boardwalk, which is an outdoor boardwalk (think Coney Island in its heyday) with entertainment, restaurants and shops that especially come alive at night. The Disney Boardwalk Inn and Villas are what’s inside those beautiful buildings that outline the boardwalk’s perimeter. I’ll specify when I’m talking about the resort.

You can walk to the Boardwalk via Epcot (go out the exit located between England and France) or take Disney transportation there and get off at the Boardwalk Inn stop. Once we happened upon the Boardwalk and its resorts, entertainment, and restaurants, we were hooked. Like other discoveries we’ve made in WDW, it was a dinner reservation at The Flying Fish (another one of Disney’s Signature Restaurants) that prompted that first visit.

The Beach Club, considered a Deluxe Resort, is the first resort you reach on your walk out of Epcot. It’s a quiet, beautiful resort based on New England coastal architecture. The Beach Club is an island-blue color with bright white trim. The Vacation Club section is a sea-foam green. The resort faces Crescent Lake, with the Boardwalk Inn directly across the water. The Yacht Club Resort is connected to the Beach Club, and those two resorts share the magnificent Stormalong Bay (what I consider to be the best pool of all the Disney resorts). Beyond the Yacht Club are the Swan and Dolphin Resorts, with Disney’s Hollywood Studios a little farther on (it’s reachable by boat or walking).

We stayed at the Beach Club Villas the first time we took our son to WDW when he turned 2. While the Disney Villas are for members of the Disney Vacation Club, Disney will open reservations for villas that aren’t rented. We are not DVC members (though it’s a dream of ours) so when we found a great deal on a 1-bedroom villa, we took it.

Our line of thinking was this: it was our first time to Disney with a child, and we wanted a separate sleeping space for our son so that we could talk at a normal volume or watch a movie after he went to bed. Another bonus was the kitchen that each villa has, which is practically a necessity when traveling with a toddler. We never cooked our own meals – we enjoy eating at Disney restaurants too much – but we stocked that fridge with apple juice and milk, and toasted things in the toaster. Anyway, the Beach Club Villas offered a great deal, which is how we ended up there. Then we fell in love. 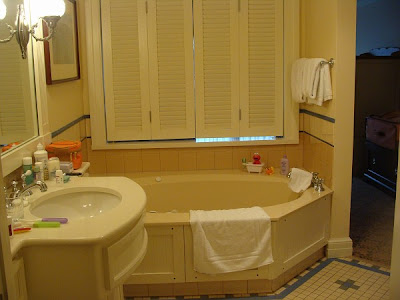 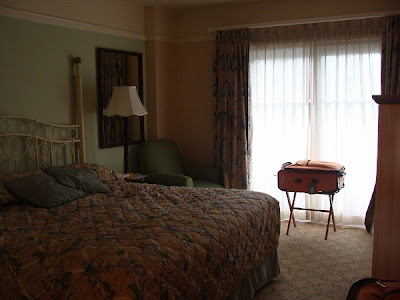 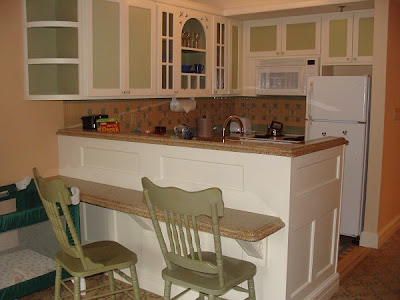 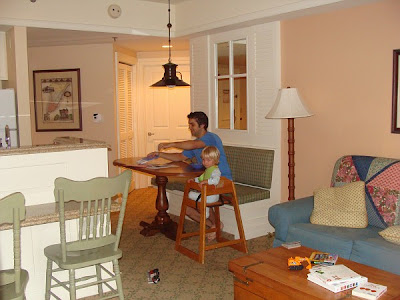 This resort is so relaxing. Even though it’s considered part of the Boardwalk, it’s not directly on it so it’s a little bit removed from the activity. Easily accessible without being right on top of you – perfect. It’s got a laid-back, beachy feel (well, it IS called the Beach Club, I get it!) and a totally impressive pool.  And the best thing about it I think is that it’s super close to Epcot.

The lobby area features plush couches and chairs overlooking Cresent Lake and the rolling green landscape that meets the white-sand makeshift beach (you’re not allowed to go in the water, so it’s just for looks). On certain evenings the resort shows a Disney film outside on the beach for guests to enjoy for free.


The villas look pretty much the same across all the Disney resorts except for the individual decor of each resort. The layouts are all the same. The Beach Club feel is soft and relaxed, with portraits of beach scenes on the wall and pastel colors all around. It’s cozy and comfortable.

Stormalong Bay is, of course, one of the main reasons guests choose the Beach Club or Yacht Club. This pool is huge and winds through boulder-lined throughways and waterfalls. There is a good-sized water slide that begins in the top of what appears to be the hull of a sunken ship – way cool – and even a zero-entry beachy area for the little ones with sand.

Also it’s worth mentioning another perk of the resort, according to the Head Honcho, and that’s the variety of gelato offered inside the Beach Club’s quick service restaurant just off the lobby. A couple nights we got a scoop and then ate it on a bench outside while gazing across Crescent Lake.

The Boardwalk Inn, Beach Club, and Yacht Clubs are pretty similar in prices and all considered Deluxe Resorts. They are a little more expensive than the Animal Kingdom Lodge and Wilderness Lodge, less expensive than only the 3 Magic Kingdom resorts. The Boardwalk is prime resort real estate as far as we are concerned, and we’re happy to pay to stay there. We’re big Epcot fans, and the proximity to Epcot from these resorts is second to none. That’s one of the reasons why the Beach Club Resort is one of our favourites.

We have stayed here probably 6 times by  now. It has become our favorite resort. 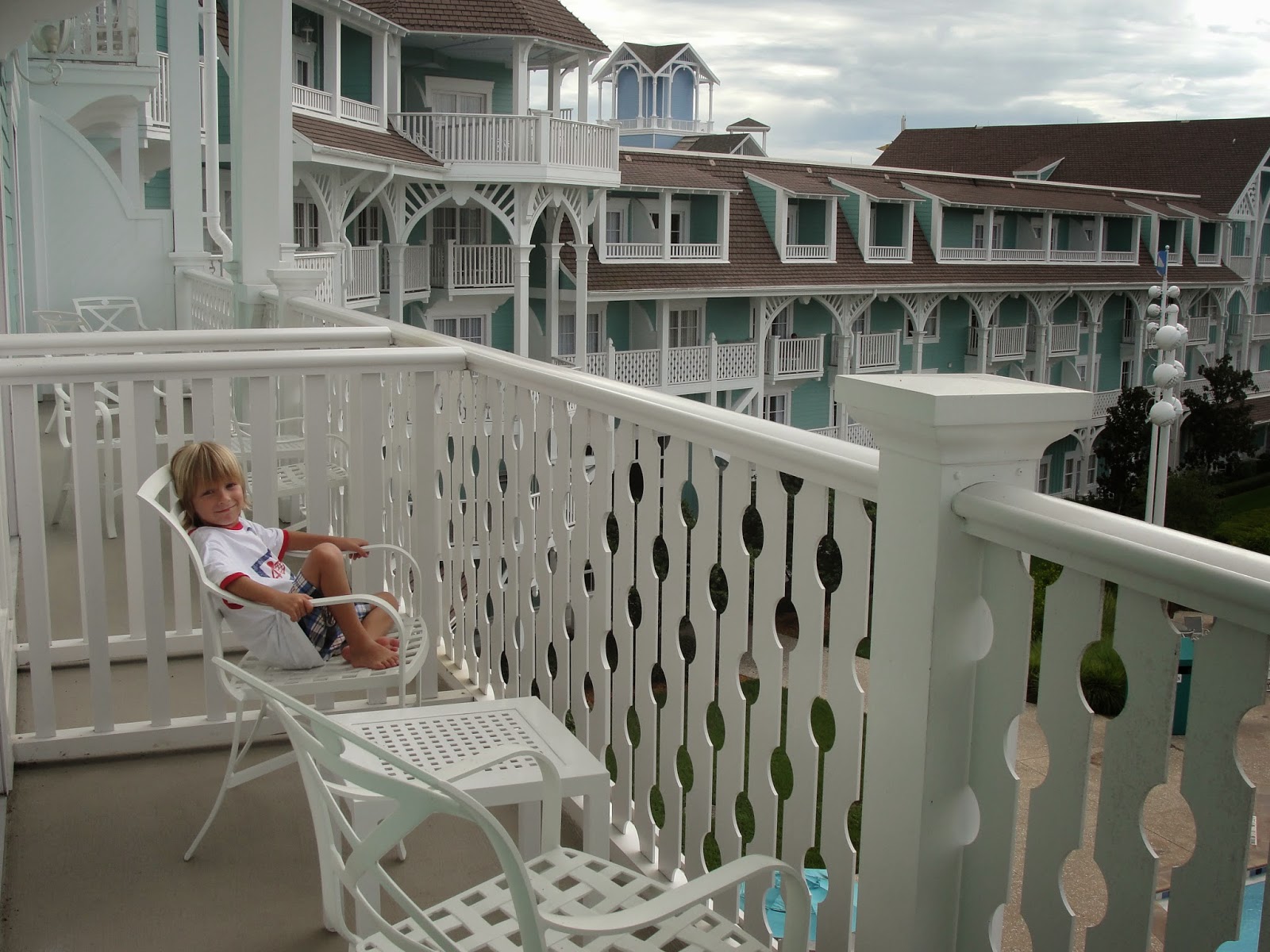 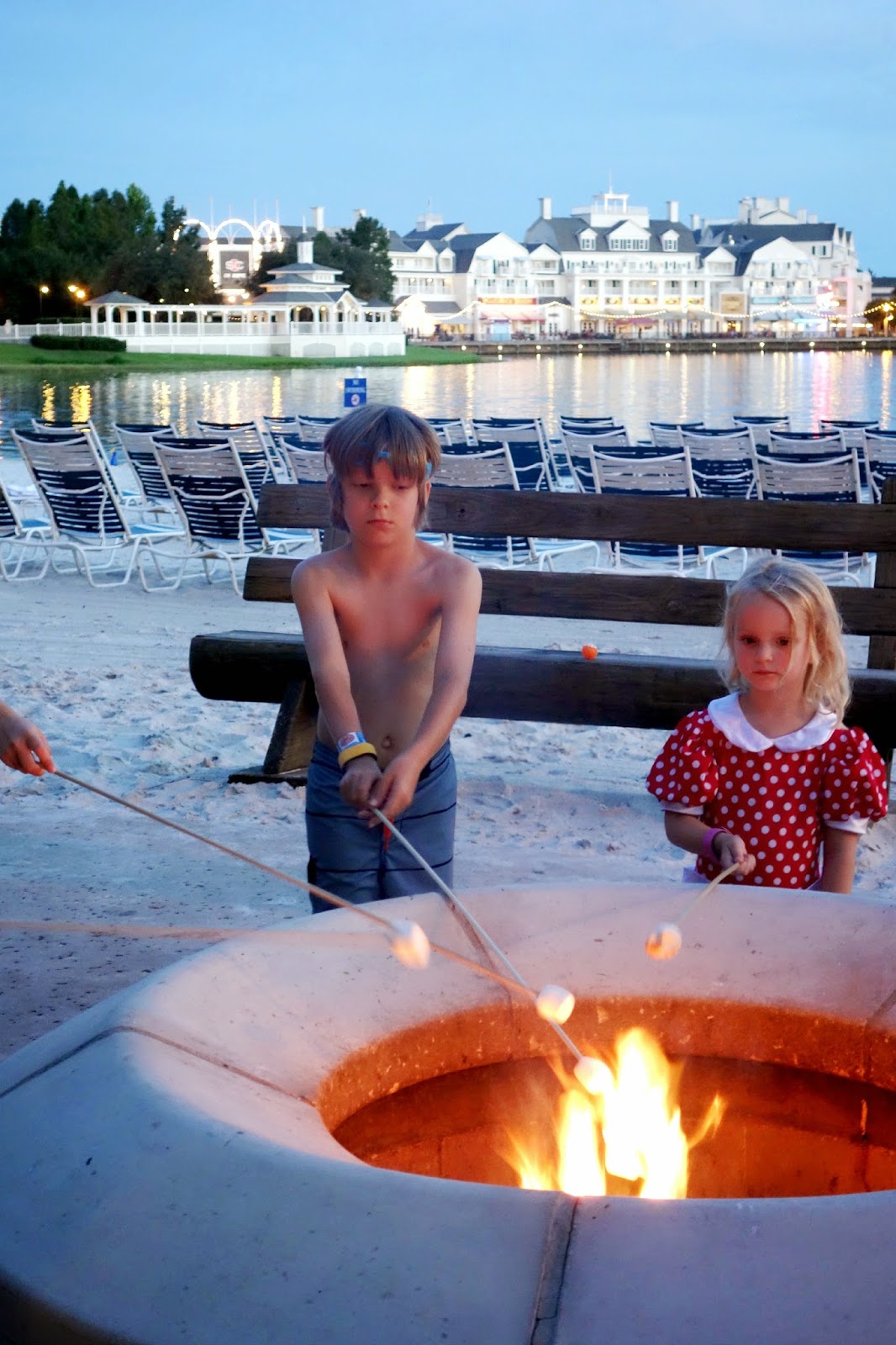